Scientists conducted the first comparative study of the quality of higher education in Computer Science between Russia, the United States, India and China

The rapid spread of information and communication technologies in the economic, political and social spheres of life has led to an increase in demand for computer professionals worldwide. And the expansion of the number of undergraduate computer science programs (CS) is evidence of this. However, despite the rapid increase in the number of ICT graduates, little is known about their quality. In particular, little is known about the core specializations, knowledge and skills of such graduates from different countries, the types of training programs and their experience.

In the United States, it is projected that over half a million ICT jobs will be created over the next decade, and by 2024 almost three quarters of STEM jobs will be associated with computer professions. The increased demand for ICT workers in Europe is also expected to double between 2015 and 2020. To meet growing demand, employers are fighting for ICT specialists not only domestically but also abroad.

The system of Russian higher education in the field of Computer Science is approximately at the same level as India and China. But all three countries are inferior to the United States. The research results are published in the journal Proceedings of the National Academy of Sciences.

In all countries, students took a standardized two-hour computer science test, specially created for this study by the Educational Testing Service, a world leader in the development of educational tests. The test assessed how well students understand different concepts and have knowledge of discrete structures, algorithms, programming, software engineering, and information management. 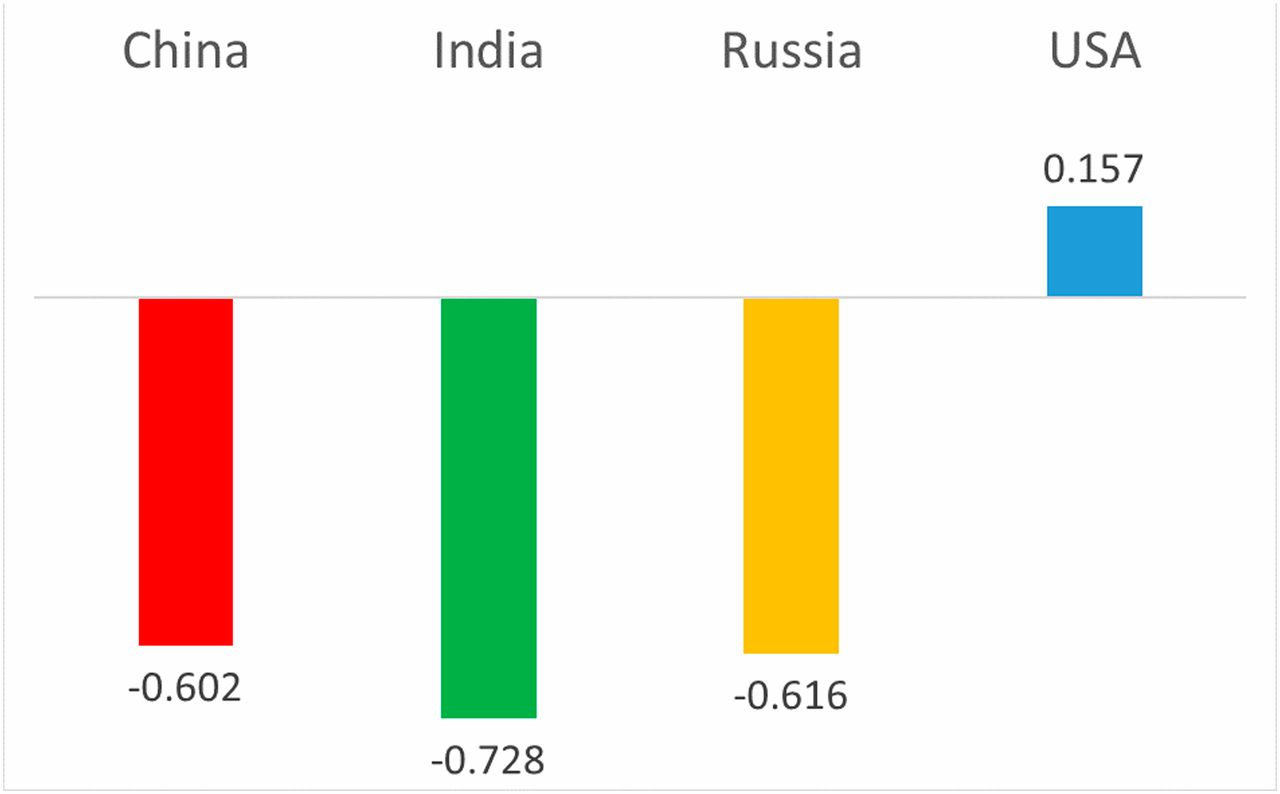