Collaboration is key to universities in Scotland continuing to “punch above their weight” in terms of international student recruitment, delegates heard at the Scottish Universities’ International Group’s inaugural conference last week.

Held at the University of Strathclyde in central Glasgow, the conference key message for its attendees was that working together on activities such as alumni events and marketing programs is vital.

“The collaboration has just grown incredibly; it’s a real strength of the sector,” said Susan Stewart, vice chair of the Scottish Universities International Committee and director of the Open University Scotland.

“By embracing that collaboration over the years, it’s become an embedded element of our working culture.”

Two key marketing campaigns, the #ScotlandIsNow launched by the Scottish government in 2018, and the British Council/UK government’s £60m GREAT campaign, were both touted as options for Scottish universities to latch onto and promote themselves. 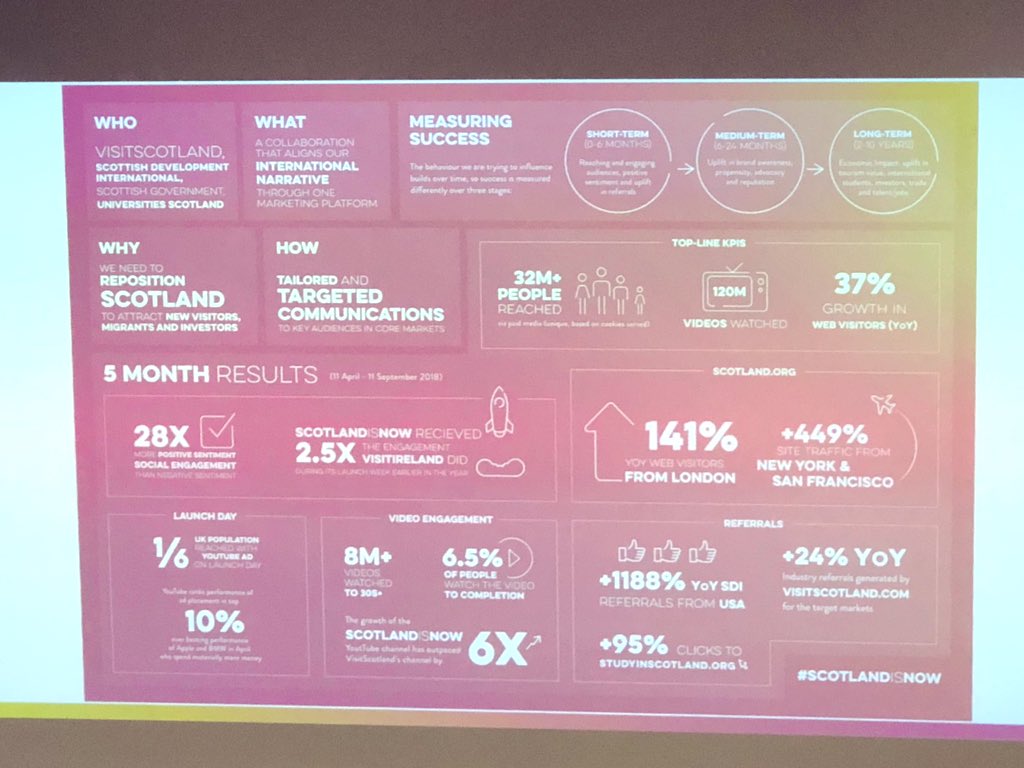 Other nations have been “stepping up their game”, Cat Lever, director of Brand Scotland noted.

“We’ve seen other nations start to overtake us in terms of international student enrolment in key areas…because they have started to have the backing of a collective output."

“They’ve got big government backing, they’ve got big budgets and they are working as a cohesive unit to talk about what makes them great,” Lever said.

Highlighting New Zealand’s branding, she explained its success has been largely thanks to a “consistent brand architecture” across various organisations.

“Each part is run with the same vision”, and Scottish universities should follow suit, she said.

“[The] Scotland Is Now narrative is not just the public sectors’, it’s a collective voice. It’s all of ours and it’s all our responsibility.”

Scottish universities have also been benefitting from government support in North America, where, according to Aly Stewart, regional manager – North America at the University of Edinburgh, the British Council has been “diminishing its presence”.

“They’ve gone from two offices in the US two years ago, down to one member of staff this year only working in education. Whereas the Scottish government is already operating almost three offices in North America, so we can really see the priority for Scotland exists,” she explained.

Universities have been entering markets as a group, where one university hosting a presentation of studing in Scotland options, rather than a multitude of events hosted by individual universities.

“I think we are very lucky and I think most of us acknowledge that our collaborative working is the envy of our colleagues south of the border,” Josie Pilcher chair of SUIG and head of international recruitment at Heriot Watt University said.

The alternative to collaboration doesn’t “sound too attractive”, she noted.

“There are competitive elements between our institutions but I think we see that we have enough differences between us and we get so much more out of a united Scottish voice and message.”